A car’s window regulator is something you don’t think about very often – until it stops working.

Worse, even with air conditioning in your vehicle, if a regulator malfunctions and the window is left open you’ll certainly lose your cool.

How an electric window regulator works

But, when a power window doesn’t work it’s usually because of a problem with the regulator.

Power window regulators are located in the side panels of car doors. When activated they move your windows up and down.

The window regulator assembly includes a window motor to raise and lower the glass. This motor sometimes requires servicing.

Other than convenience for raising and lowering windows, the regulators also perform another critical function – security.

They’re designed so they can’t easily be forced downward. This provides some security against thievery.

Unfortunately, since power windows are raised and lowered so often, regulators tend to malfunction early, even before the rest of the vehicle begins to show wear.

We offer car window glass and parts for –

Whatever the make or model of your vehicle, we can fix any problem with your power windows.

Our team has more than 40 years of experience in auto glass repair, including power window regulators. Best of all, we’re affordable. 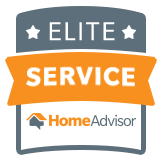